I have chosen to focus on childhood in this year’s exhibition.

What engaged my interest in the photographic portrait which is the basis for “Boy” was the boy’s gaze—calm, fearless, and Buddha-wise. I first used the portrait in Antipodes no. 20 in a black and white version to illustrate a short story by Samarakis. I was planning to exhibit the second, colour version of the picture, which I created when I acquired my first colour computer, but changed my mind and chose instead to rethink the work and exhibit a new third version. (The second version is on the exhibition posters.)

In the new version I have included the rear facade of Victorian tenement blocks in Walworth, Elephant and Castle, London. There were many such buildings in the area which I roamed as a boy, but they were torn down in the 70s.

A similar gaze but with the addition of a hint of determination and a strong sense of self-worth—it is very difficult to find the right words to describe these expressions—makes the portrait of the little ballerina dressed and ready for the stage equally intriguing.

The “Girl in a Park” is set in Claremont Landscape Garden, Esher, Surrey, which used to be part of the estate of an 18th-century Palladian mansion. My imagination was stimulated by the fact that the Gardens were once “a playground for princesses” including the young Queen Victoria, and by the distinctive park seats, which seemed to me to be waiting for the Princesses to return.

The picture of the twin girls meeting Mr Fish the headmaster of Sprat School, which can be seen in the background, was influenced by the Victorian children’s books I read as a child—particularly in my thoughts were The Water Babies, and Alice in Wonderland. 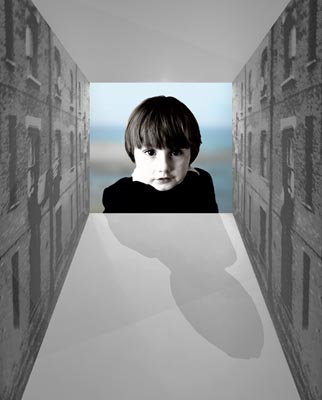 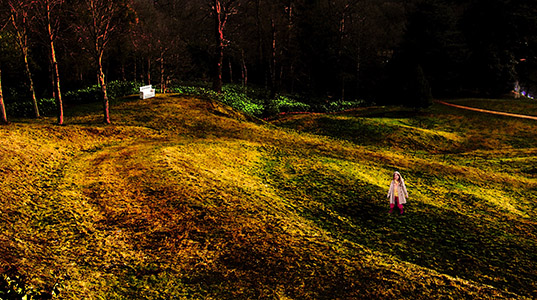 “Girl in a Park” by Pavlos Andronikos 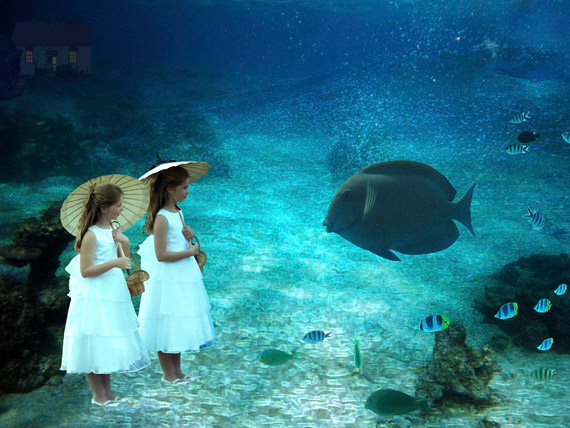 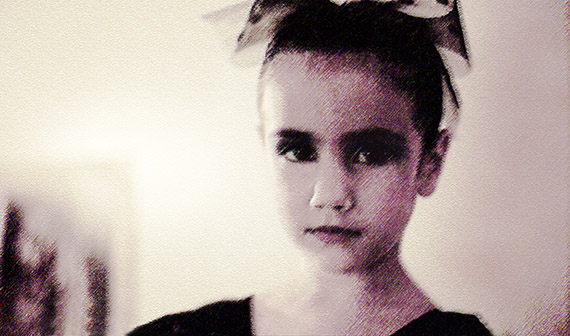